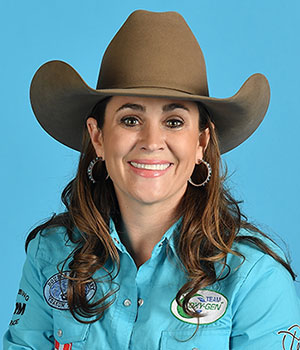 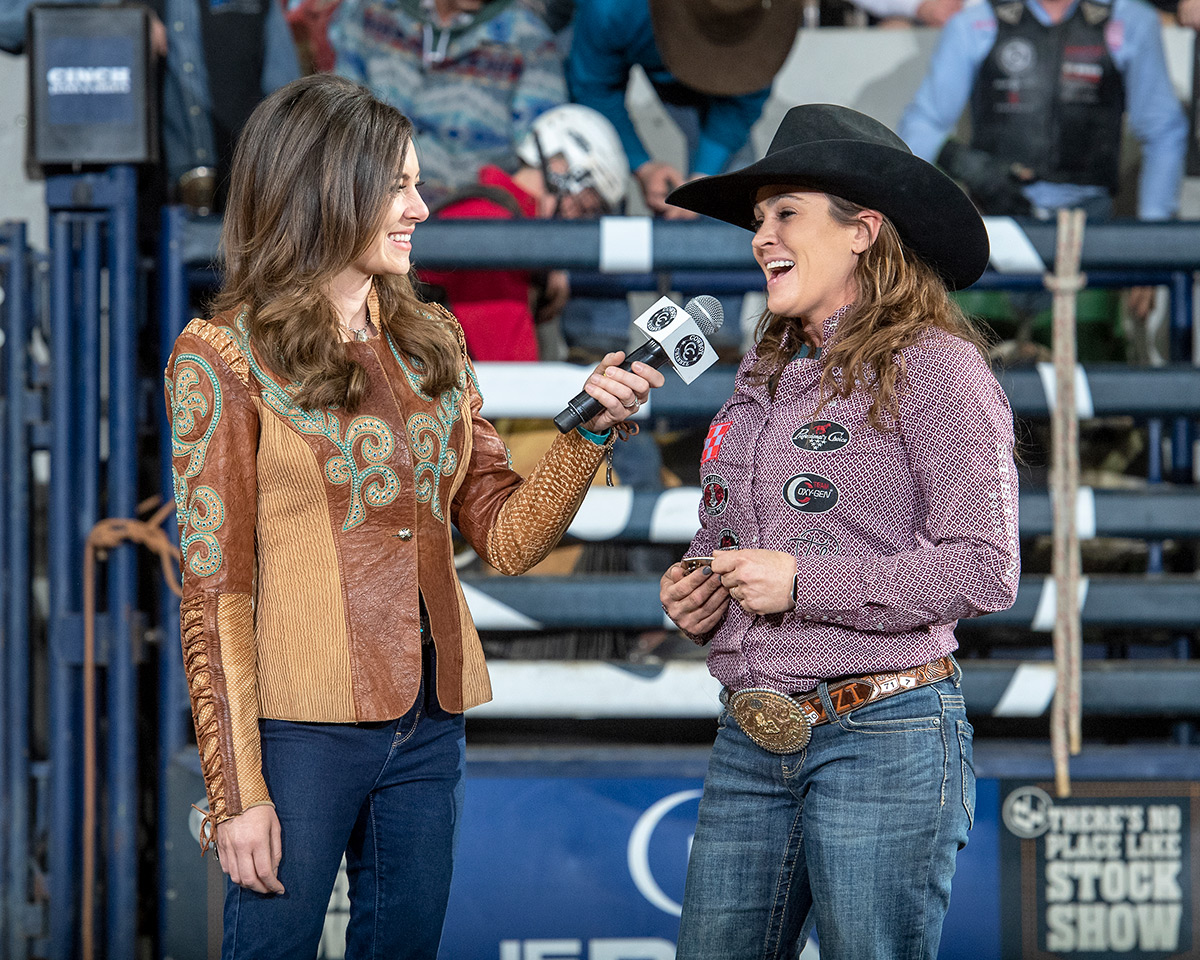 Brittany and Birdie Best In Denver

DENVER – The National Western Stock Show and Rodeo has long been a staple on a rodeo contestant’s schedule, as it is the first major rodeo of the new season each year taking place in January. Two-time world champion and 15-time National Finals Rodeo qualifier Brittany Pozzi Tonozzi hasn’t missed an opportunity to run at this event over the last 17 years and for good reason, she has a pretty great win percentage inside the Denver Coliseum.

Pozzi Tonozzi, who currently lives in Lampasas, Texas, captured her fifth title in the Mile High City this time aboard her 10-year old mare Babe On the Chase “Birdie.” Despite almost knocking over the third barrel, the duo was able to keep it up and stopped the clock in 14.89 seconds in the sudden death final round. She bumped Bradi Whiteside and Emma Charleston off the top of the leaderboard after they posted identical times of 15.06 seconds on Sunday afternoon.
“I have been super blessed to have the horses I have had and this is actually my 17th year to come to Denver,” said Pozzi Tonozzi, when talking to Katy Lucas of the Cowboy Channel right after her winning run. “It never gets old winning. I am not usually a trick rider but had to with that third barrel. With this type of format where the fastest time wins I had to go for it.” 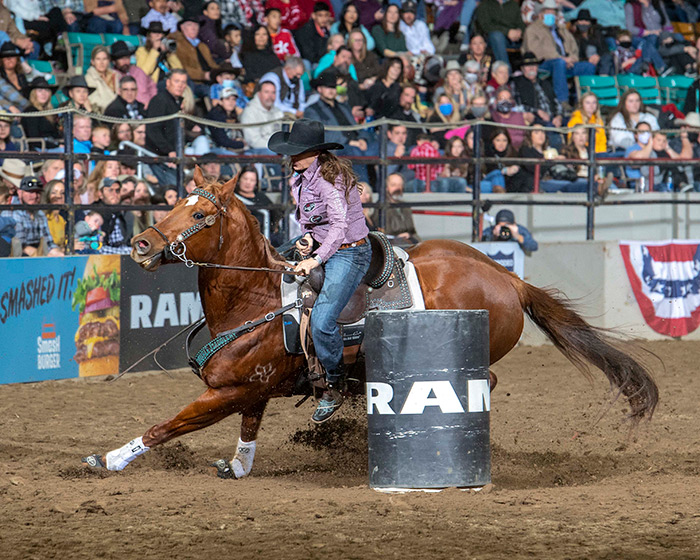 Pozzi Tonozzi won the barrel racing title in Denver in 2007 and 2008 aboard Sixth Vision “Stitch” and returned to the winner’s circle in 2010 and 2012 riding Yeah Hes Firen “Duke.” A credit to the horsewoman that she is having navigated the set-up in Denver both with the barrel pattern and rodeo formats throughout the years to win no matter the circumstances.
This year’s format consisted of two preliminary rounds with the top 24 in the average advancing to the semifinals where all previous times were erased. The semifinals were split into three pools with eight contestants each. The top four times from each pool advanced to the 12-lady finals with the fastest time taking the title.

Pozzi Tonozzi tied for second in the first two rounds in times of 15.15 and 15.05 seconds, respectively. In a very competitive semifinals, she finished third in a time of 15.22 seconds behind Emily Beisel (15.18) and Sarah Rose Waguespack (15.20) to advance to the Finals. She definitely saved the best run for last stopping the clock in a time of 14.89 seconds, only the third sub-15 second run of the entire rodeo.

Pozzi Tonozzi left town as the biggest money winner having collected $11,847 and moved from 19th in the WPRA World Standings to a familiar place for the cowgirl – No. 1 – with $19,171. She will now look to ride this wave of momentum into the next big winter rodeos in Fort Worth, San Antonio and Houston. Turquoise Circuit champion Shannon McReynolds is ranked No. 2 in the standings with $18,184 and after finishing tied for second in Odessa, Texas, earlier this month she will have her first shot at the title at RodeoHouston.