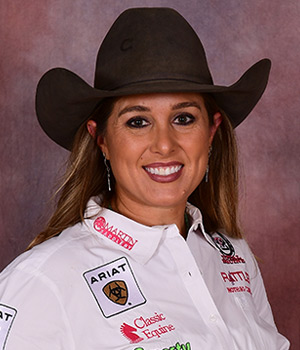 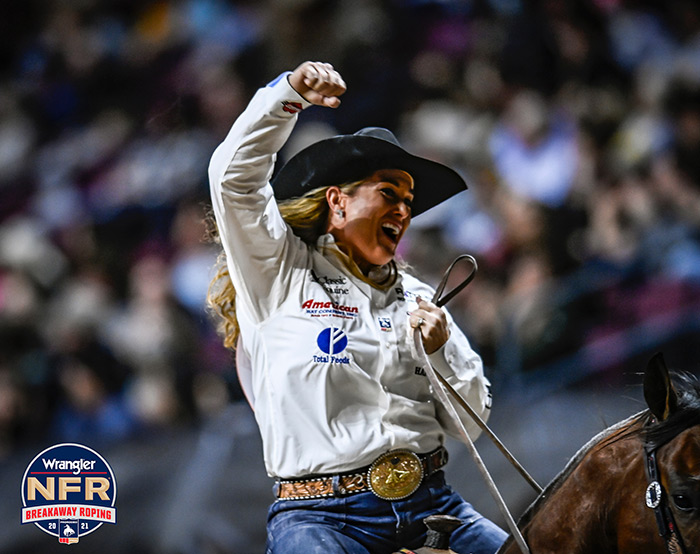 LAS VEGAS, NEVADA – Emily Miller Beisel didn’t leave a lot of room for error during the fifth round at the Wrangler National Finals Rodeo but luckily she didn’t make an error and came out on top with the fastest time so far at this year’s event.

Beisel, back aboard Chongo after giving him a night off during the third round, stopped the clock in 13.43 seconds to pocket $26,997.

“They have the ground so good out here,” noted Beisel. “I just had to put my hand down and trust my horse. My turns were tight…there wasn’t a lot of room for error.”

Beisel and Chongo have been through so much together and really know what each other are thinking and feeling. As a result, Beisel knew after the second round that Chongo was not happy. 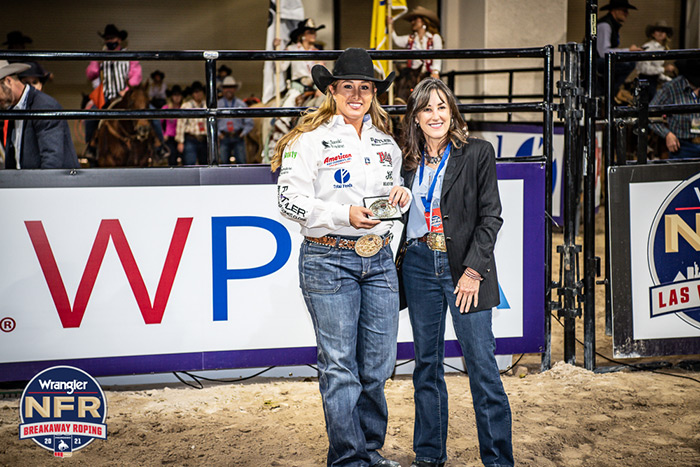 “After the second round he was pretty anxious and I just felt like he needed the day off,” said Beisel. “That horse and I have been through a lot together and I have learned to just listen to him. So I took Sunday off. Cancelled all of my signings and spent the whole day with him. We really worked through some stuff. I knew last night he was going to be good and tonight he really fired. When my horse warms up quite it is going to be a good night so I knew it would be special tonight. This horse has changed my life.”

Another horse that has changed a young ladies life is Hailey Kinsel and Sister who have won three straight world titles and looking for a fourth. Kinsel and Sister stopped the clock in 13.53 seconds to finish second with Jordon Briggs and Rollo just a tick behind them with a 13.54-second run. Kinsel leads the world standings with $165,330.

Brittany Pozzi Tonozzi moved into the lead in the average with five clean runs equaling 68.82 seconds. Stevi Hillman slipped to second in the average in a time of 68.84 seconds.

Sixth round action gets underway, Tuesday, December 7 at 5:45 p.m. PT LIVE on the Cowboy Channel.

Wrangler National Final Breakaway Roping concludes tomorrow at the Orleans Arena. Watch all the action on the Wrangler Network.