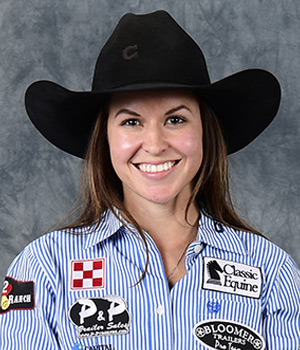 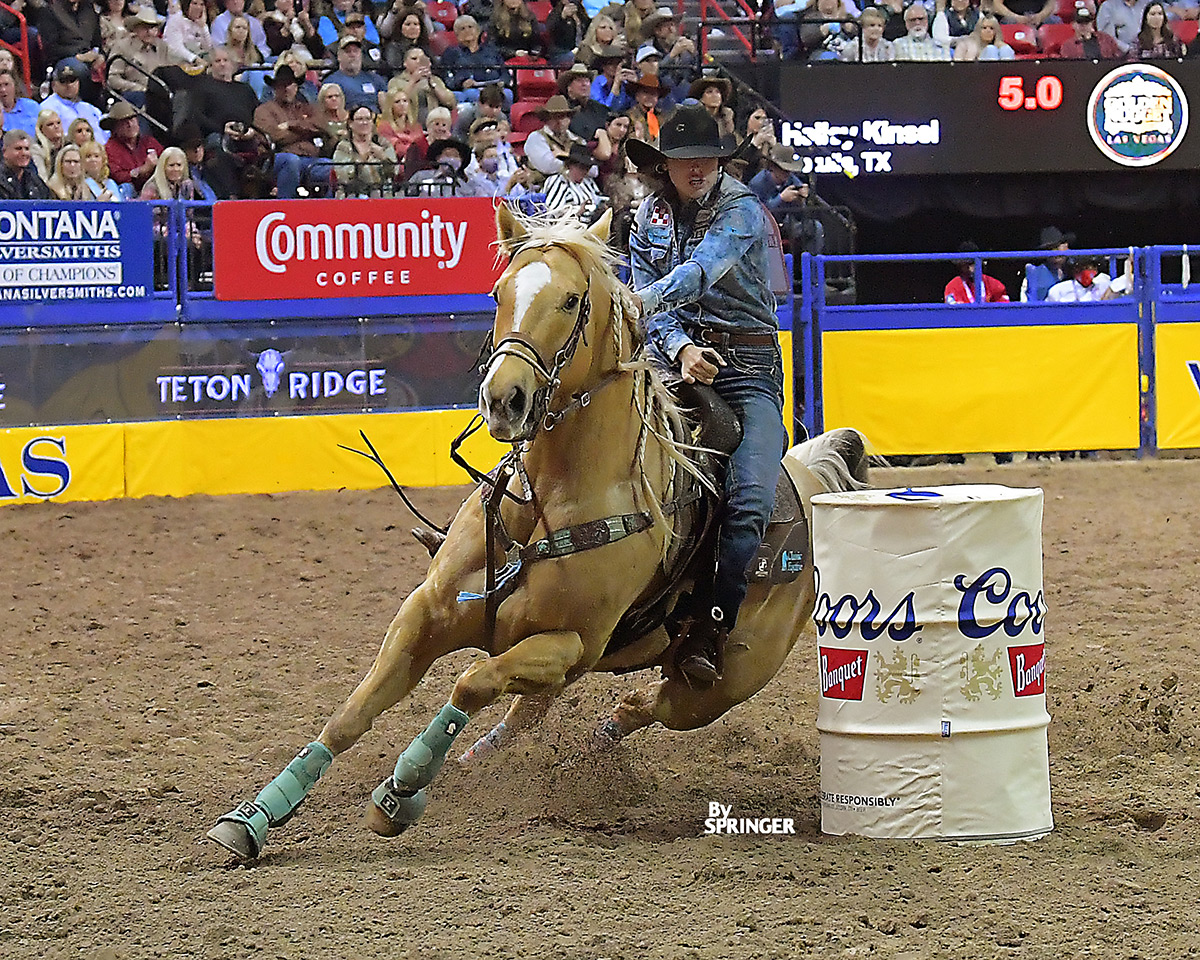 12/8/2021-LAS VEGAS, NEVADA – After dominating the Wrangler National Finals Rodeo in Arlington, Texas, in 2020, Hailey Kinsel and Sister thought they would share the wealth a little here in Las Vegas waiting until the seventh round to get their first round win in 2021. 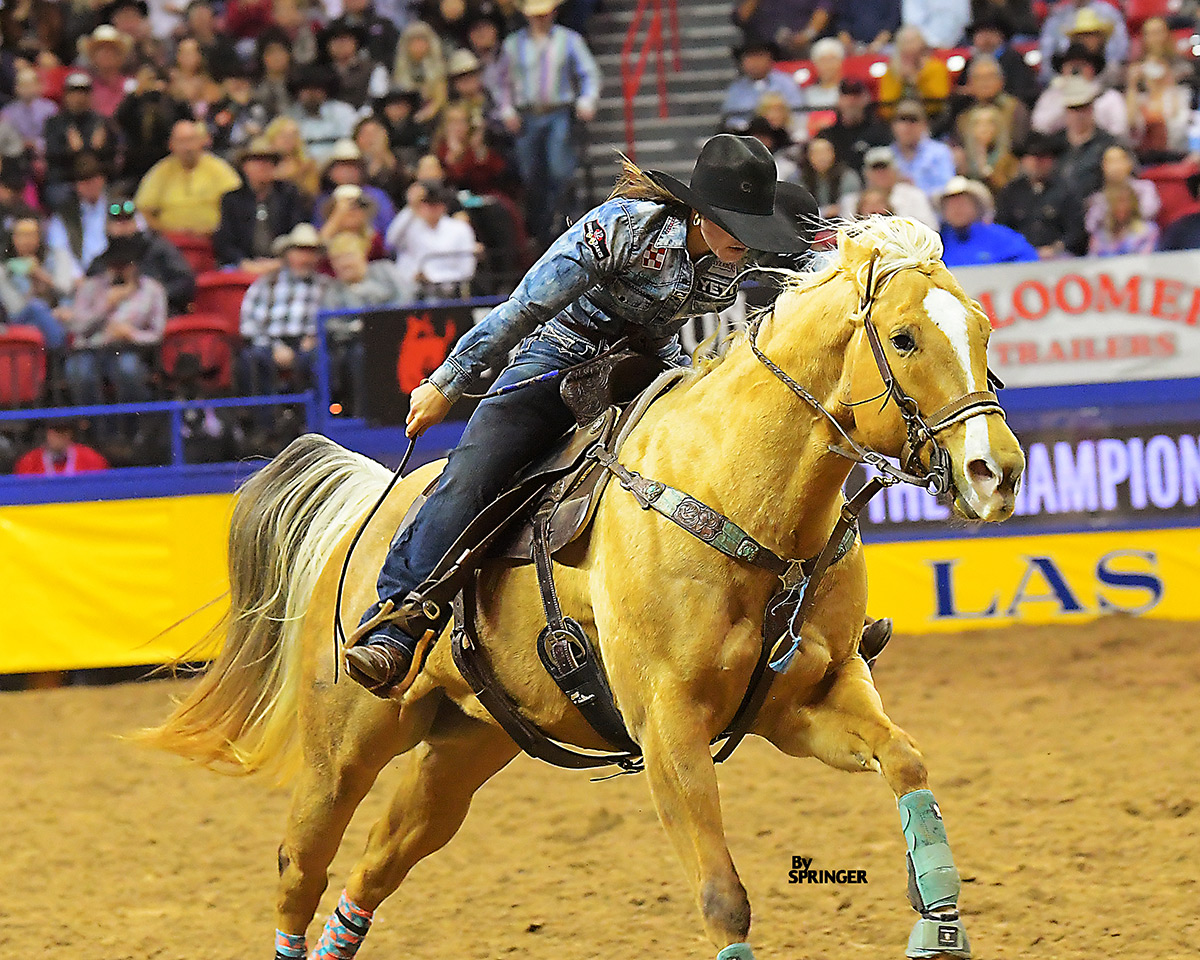 The three-time and reigning world champions had been building the momentum all week leading to tonight’s winning run in a time of 13.45 seconds.

“Sis started out really good and just feels like she has gotten stronger every night,” stated Kinsel of Cotulla, Texas. “She has been really consistent. Getting to come for a round win is great but winning second is just as good, just a little less money. A round win always makes it a little sweeter.”

Kinsel has now placed in five rounds including two seconds, a third and a sixth. With three rounds left Kinsel is laser focused on a fourth straight world title.

“It felt awesome tonight and the ground has been amazing,” said Kinsel. “I just took what had been going well and crossed off what I was doing wrong and it worked out tonight.”

She was riding for a special person tonight, which was military night at the Wrangler NFR. For many years now the WPRA barrel racers have participated in a program known as Tags of Honor that is ran by Gail Mattern. Each barrel racer receives tags for a fallen female soldier. Kinsel was riding for Sergeant Nicole Gee.

“This is an awesome program…Tags of Honor program that Gail Mattern is in charge of. I am getting to ride for Sergeant Nicole Gee, a member of our Marine Corp. She was killed in action in the Kabul bombings this past August a week after she said I love my job and was the one pictured with the baby when she said that. Gail texted me about two days after and said it had been approved by her family and you are going to be able to ride in her honor. I got so choked up as it was such a surreal thing going on at the time. For us to be able to represent people who have fought for our freedom and died for us is just amazing and a true honor,” said the champion.

Eighth round action gets underway, Thursday, December 9 at 5:45 p.m. PT LIVE on the Cowboy Channel.