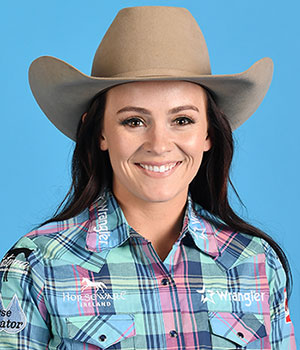 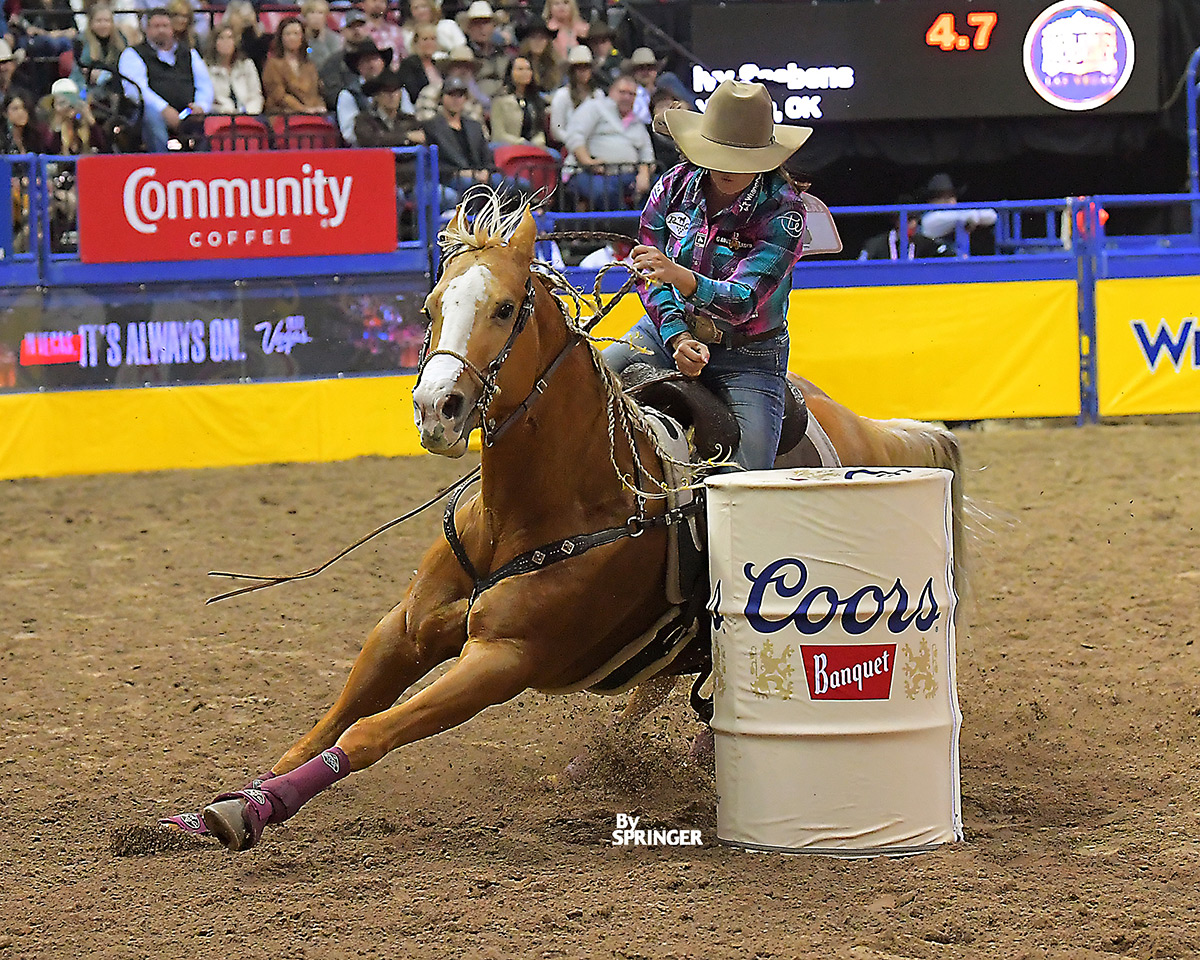 Saebens and JLo Get It Done in Round 6

12/7/2021-LAS VEGAS, NEVADA – While the first half of the 2021 Wrangler National Finals Rodeo has not gone at all like Ivy Saebens planned, the second half is looking very promising.

The Nowata, Oklahoma, cowgirl raced her way around the cloverleaf pattern on JLo to the tune of 13.43 seconds, matching Emily Miller Beisel’s time in the fifth round. 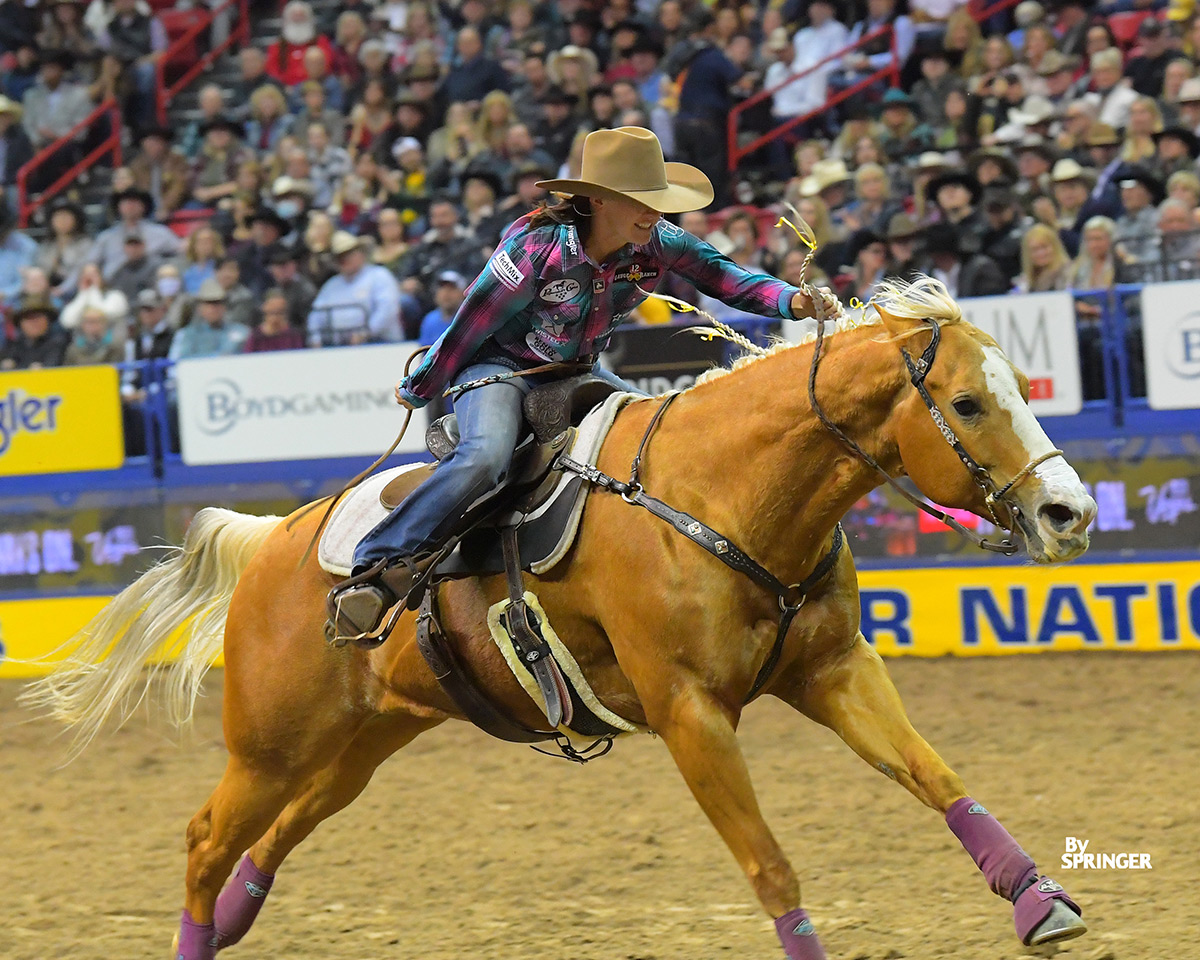 “It has just been a rough week,” stated Saebens. “Definitely not the way I thought this was going to play out, even last night was not what I had planned and no idea it was going to go that way. I am just glad I could get this done for JLo and her owners. I have just been in her way.”

Saebens doesn’t take any day for granted with JLo after almost losing her at the end of the 2020 regular season. She is just thankful that JLo is getting to run down the alleyway this year. She is ready to turn this year’s NFR around and she got the second half started in a great way.

“It is all a mental game on what we are doing at this point as our horses are just so good and the ground has been amazing,” noted Saebens. “We can’t thank Las Vegas Events, Allen (Rheinheimer – Wrangler NFR General Manager) for their effort this year to make the ground so good. I was trying to force it too much and decided if it was meant to be it would be. I just got pissed off enough last night, I guess.”

Three-time and reigning world champion Hailey Kinsel came very close to her first round win at the 2021 edition taking second in a time of 13.55 seconds. She still leads the world with $186,667.

Jordon Briggs, who came into her second Wrangler NFR ranked second, moved to the lead in the average after six rounds with a total time of 82.61 seconds. Brittany Pozzi Tonozzi is second and Kinsel is third in the average race.

Seventh round action gets underway, Wednesday, December 8 at 5:45 p.m. PT LIVE on the Cowboy Channel.