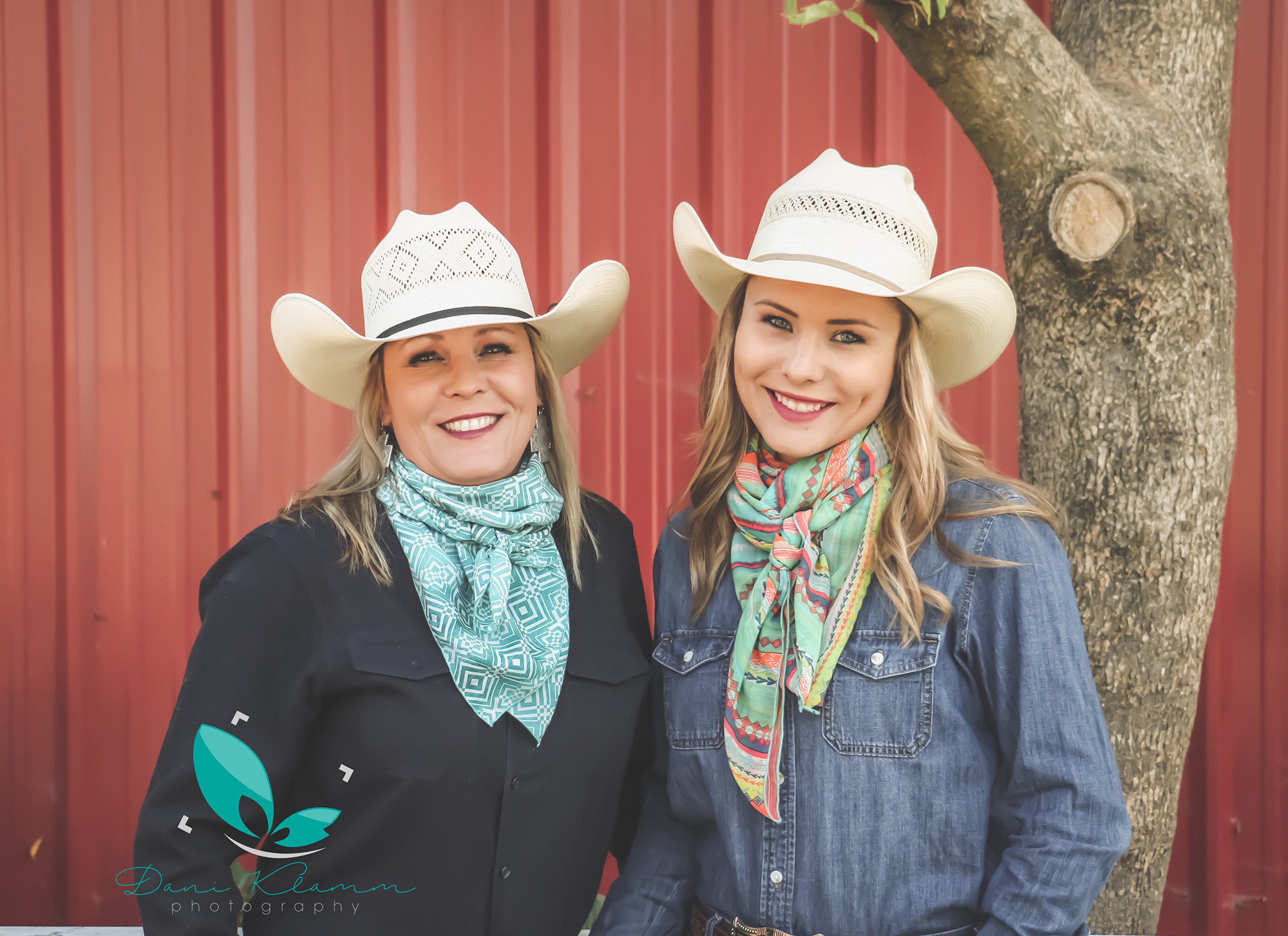 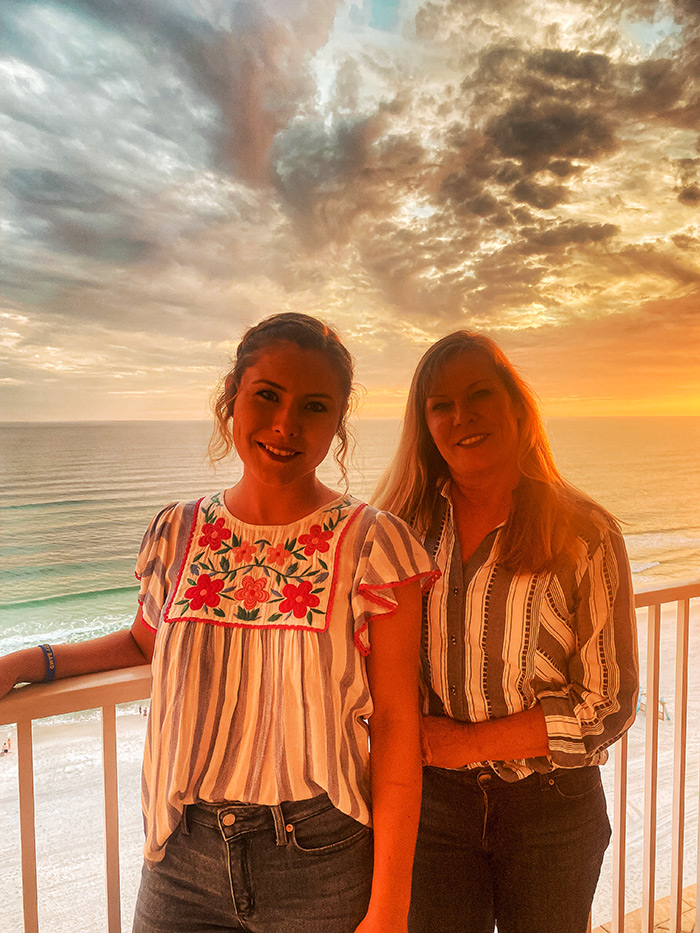 Kelly Kaminski and Kenna Kaminski are partners, friends, family, traveling buddies and each other’s biggest supporters. After all, there’s no one who understands the challenges of rodeo and traveling the road quite like another competitor. And when that competitor is your parent or child, the relationship is that much more dynamic. 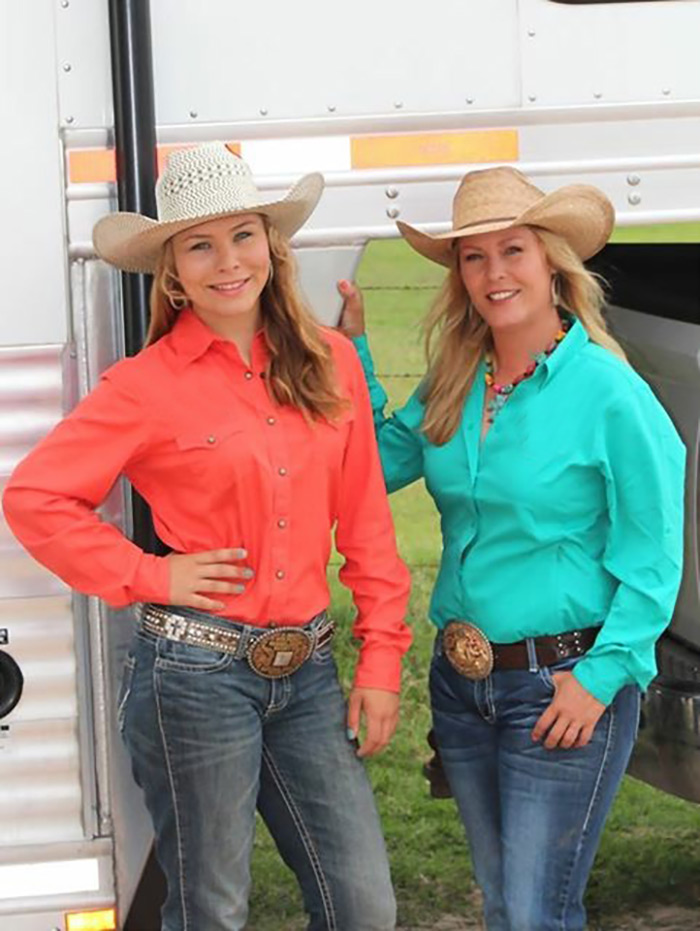 Kenna grew up watching her mother, Kelly, engrave her name into the history books, becoming a two-time, back-to-back World Champion barrel racer in 2004 and 2005. These days, it’s Kenna hitting the professional road, and she knows that a big piece of why she’s there comes directly from her mom.

“Growing up, I got to experience a lot through my mom and meet a lot of other people who have also helped me hone my craft,” Kenna said. “There’s something to learn from everyone. And growing up on the road, you learn to go with things – plans don’t always take shape and you have to be able to roll with things. I’ve witnessed it all with my mom, how to take one day and one run at a time.” 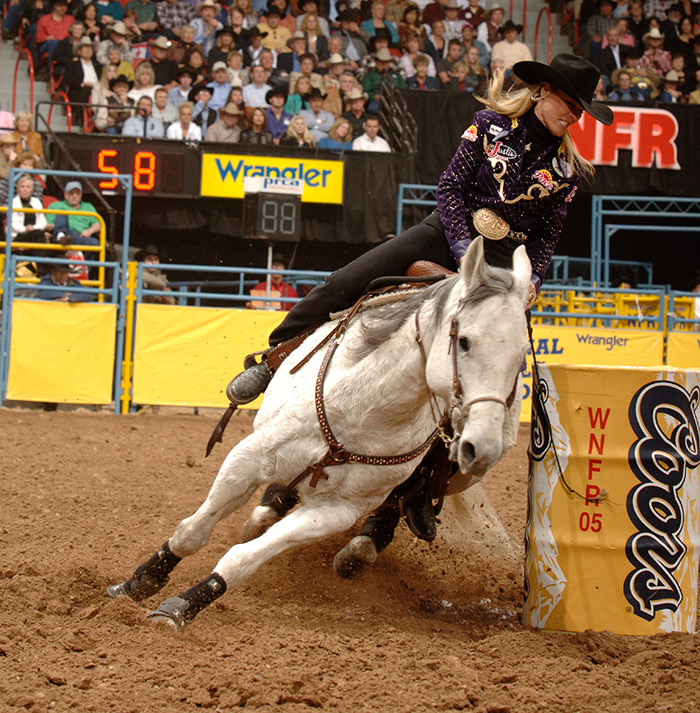 The Kaminski duo is much more than mother and daughter. They’re traveling partners. They cheer each other on. They work together at the Kaminski ranch, with the horses they train and barrel races they put on at the center of daily life. And they’re also friends.

“We have so much in common, so it’s more like we’re best friends than mom and daughter most of the time,” Kelly said. “For the most part, she’s always been in the truck with me (Kenna was homeschooled online, allowing her to grow up on the road). It’s really a neat thing to be able to share my passion for horses and barrel racing and the industry in general with her.” 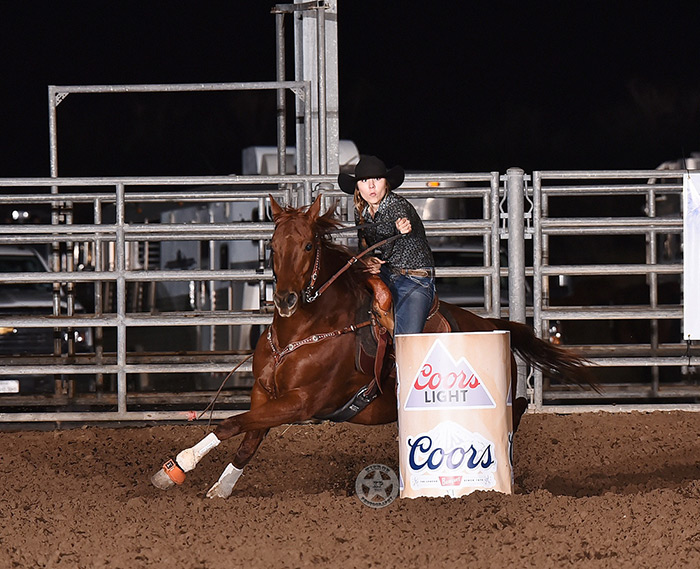 Of course, it’s not always rainbows and sunshine. As with all families (or traveling partners or friends), there are some “heated discussions” that happen along the way, both women noted with a chuckle. It’s to be expected.

And some of Kenna’s younger years were more of a challenge, as Kelly was faced with the inevitable teenage belief that “parents don’t know anything.” Even though as a world champion, it was clear Kelly knew plenty about barrel racing, tips and words of wisdom that she could impart on her daughter. But advice from a parent is the hardest advice to take.

“When she was really young, I remember being at a barrel race and she’d just gotten a horse and I was going over how to ride it with her,” Kelly recalled. “She looked at me and said, ‘Mom, be quiet. I’m trying to focus.’ Which is what I always told her! As she got more mature, one day she said, ‘Okay, I need some coaching,’ and there we were.”

When Kenna was growing up, they would host other barrel racers and families at their ranch who were in town for spring Texas rodeos, and often the moms would “switch kids” to work on things, finding that the younger counterparts always listened better to someone who wasn’t their parent. When Kelly was teaching clinics, she would remind other parents that no matter how many times they advised their kids on something, that same advice coming from someone else (Kelly) was always more impactful.

Once the Kaminskis got through the challenging years (“the attitude with mom thing” as Kelly labeled it with a laugh), Kenna really started to shape a career path all to herself.

“Kenna is very coachable,” Kelly said. “She really listens well and she likes to learn new things. She’s constantly studying and trying to get better and work on her horsemanship. I would say she’s one of the best riders I know.”

So much of what Kenna knows came from her childhood. She absorbed knowledge probably without even realizing it, and that came in handy as she started her own professional career.

“There are things I remember about being on the road with my mom, traveling,” she said. “I might not even remember things specifically, but when I first started competing, we would pull in somewhere and it would feel familiar. I remember snippets.

“Just having my mom in the truck, and her knowledge of traveling, where to stay and what to do, that’s been really helpful on my side of things, knowing those ins and outs.”

“She knew my horse and what type of ground she liked and setups, so with my mom’s background and knowledge we were able to go to rodeos that fit my mare’s style and avoid other situations,” she said.

But with all of that knowledge, experience and success brought its own challenges. Kenna had to forge her own path and make her own name, one that wasn’t under Kelly’s shadow.

“Being second generation … I mean, growing up, this is all I ever wanted to do. I knew it growing up, and I feel like I was under my mom’s shadow a little bit, but over the past few years it’s gradually started to fade,” she said. “As I get older and learn, it’s not that big of a deal anymore.”

It’s been a progression for Kelly, too.

And while she might be a bundle of nerves watching her daughter compete, it’s also been an amazing experience to see her compete and grow.

“When she’s running, if I’m not, I get just as competitive as if I’m still doing it,” Kelly said. “I’m running with her, basically. I have all these emotions that come up.”

The duo spends a lot of time together, and while the daily grind of training and hauling can be a lot, they make the most of their time together too. They are self-professed lovers of exploration, calling themselves “perpetual tourists.”

“Whenever we’re somewhere, we go exploring, seek out new areas,” Kelly said. “Whether it’s geological or the history of the people, we love traveling across the country.”

Kenna said she picked up the travel bug from her mom, a former schoolteacher, and noted that she loves hitting up National Parks.

“Each one is so different, so it’s kind of our thing to do,” Kenna said. “We live in a really beautiful country and it’s neat to get to see all the different places.”

Kelly was recently recognized for her rodeo accomplishments with her induction into the Texas Rodeo Cowboy Hall of Fame in Fort Worth, Texas, and Kenna was by her side to see yet another milestone in her mother’s career.

So whether for work or for play, in the arena or on the road, the Kaminskis are quite the mother/daughter duo. As Kenna’s career blossoms, they’re writing themselves into the WPRA history books as an unforgettable pair of competitors. This past December, history was made in the WPRA with the first mother-daughter duo winning a WPRA World Title when Jordon Briggs joined her mother Kristie Peterson. Maybe one day Kenna and Kelly Kaminski will be added to that list.