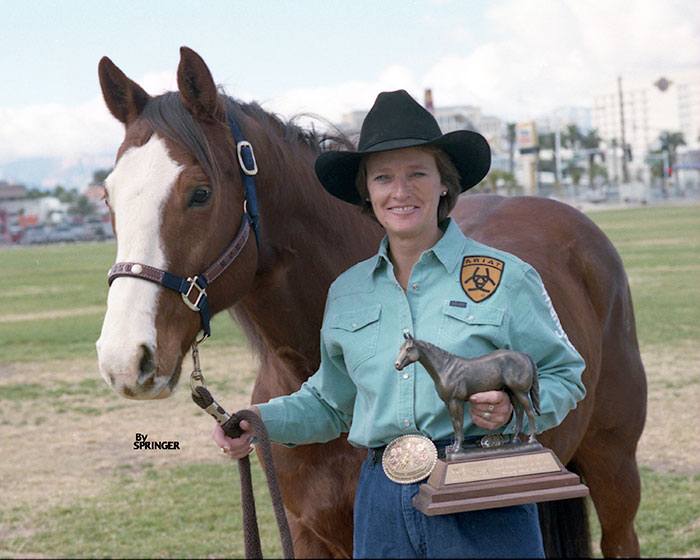 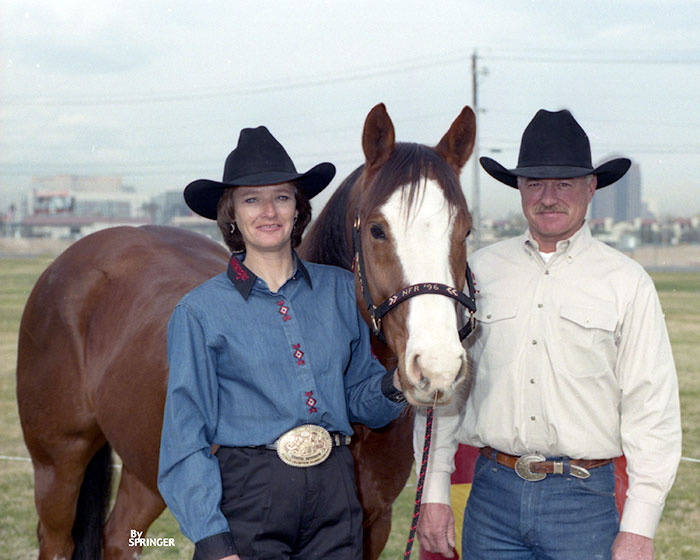 With his big blazed face, French Flash Hawk, known as Bozo, was one of the most recognized athletes in pro rodeo in his time, a champion in the arena who touched off a revolution in barrel racing bloodlines.

Purchased as a 2-year-old by Kristie Peterson for $400, Bozo stormed the rodeo world in 1993, nearly upsetting the legends Charmayne James and Scamper in their 10th championship year. 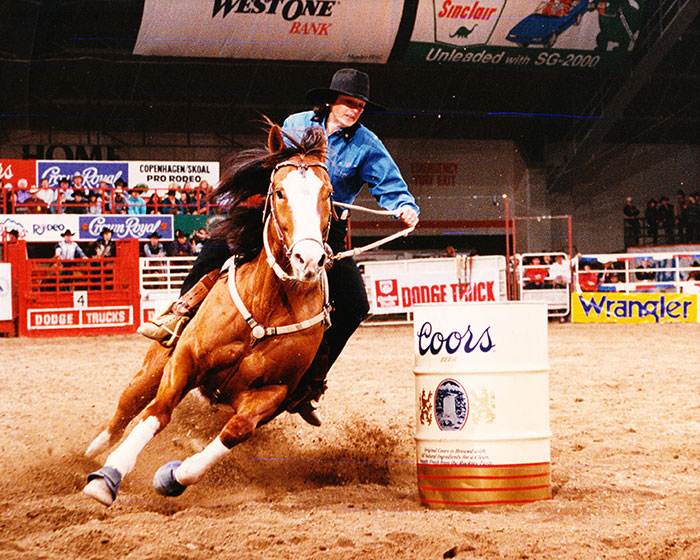 By the stallion Sun Frost out of Caseys Charm, Bozo’s accuracy on the pattern had breeders seeking out his bloodlines. Two sons of Sun Frost, Frenchmans Guy and PC Frenchmans Hayday, have become household names.

Peterson retired the gelding not long after winning her third RodeoHouston title in 2003.

On May 4, 2016 at the age of 29, Bozo died peacefully at their home in Texas. Bozo will be remembered for the heart and determination that enabled his remarkable achievements. 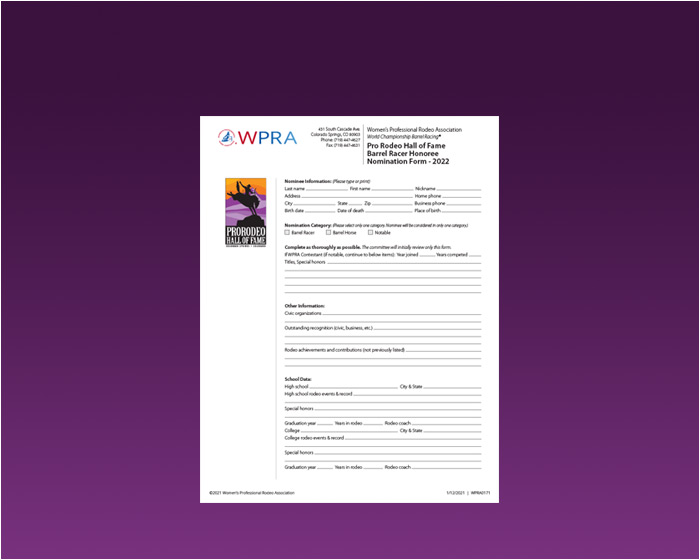 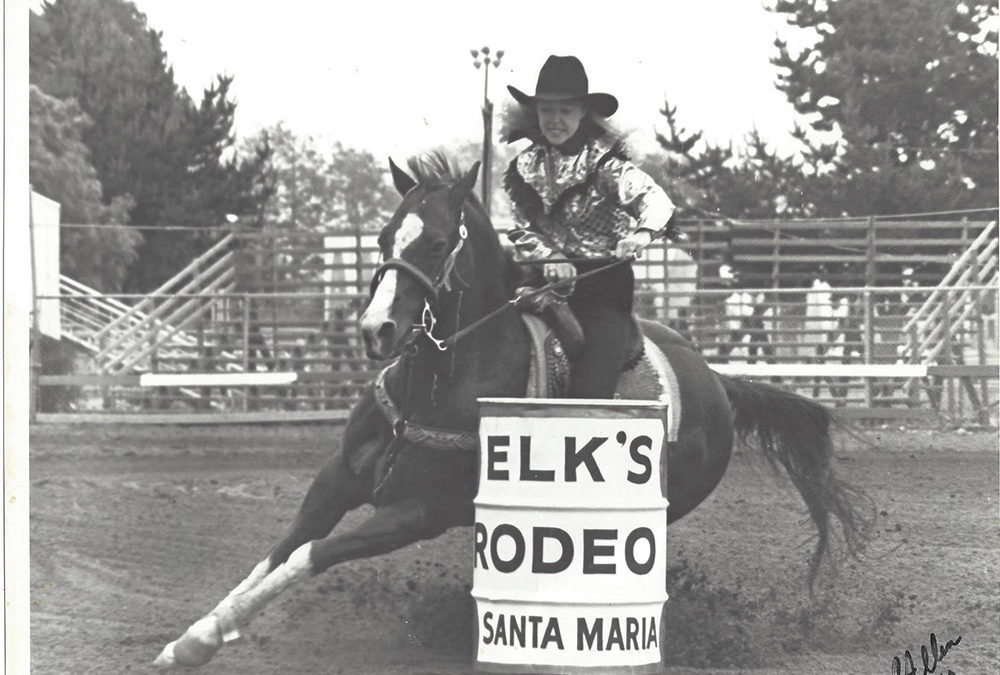 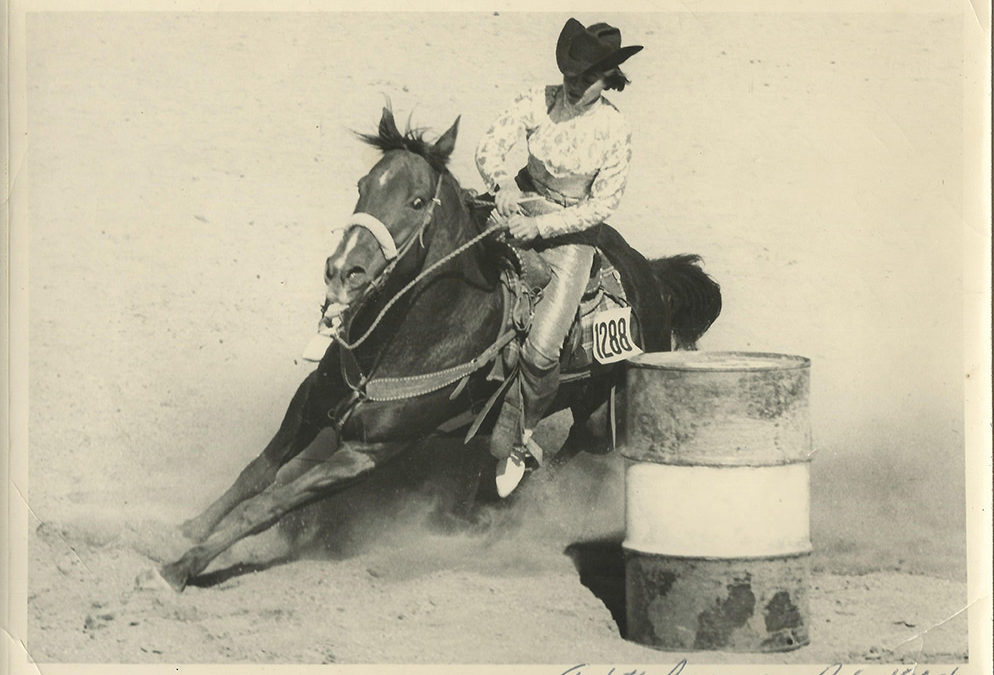 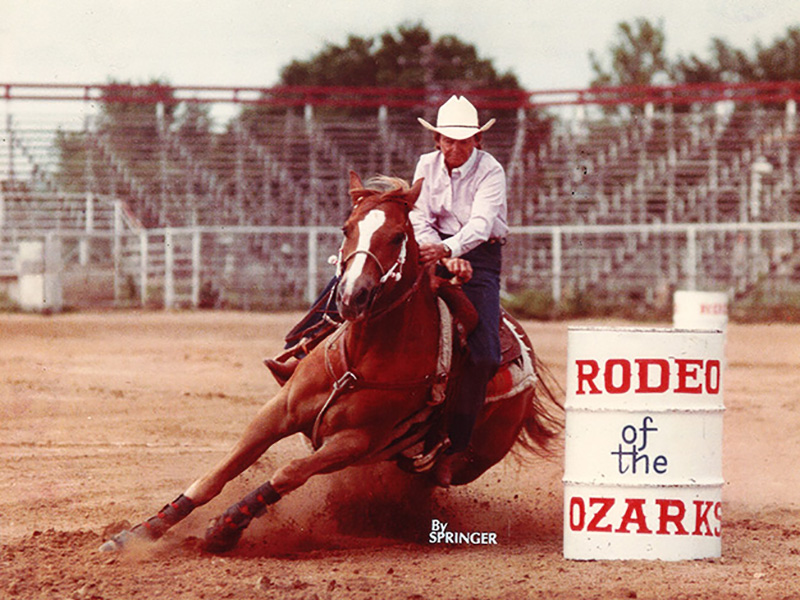 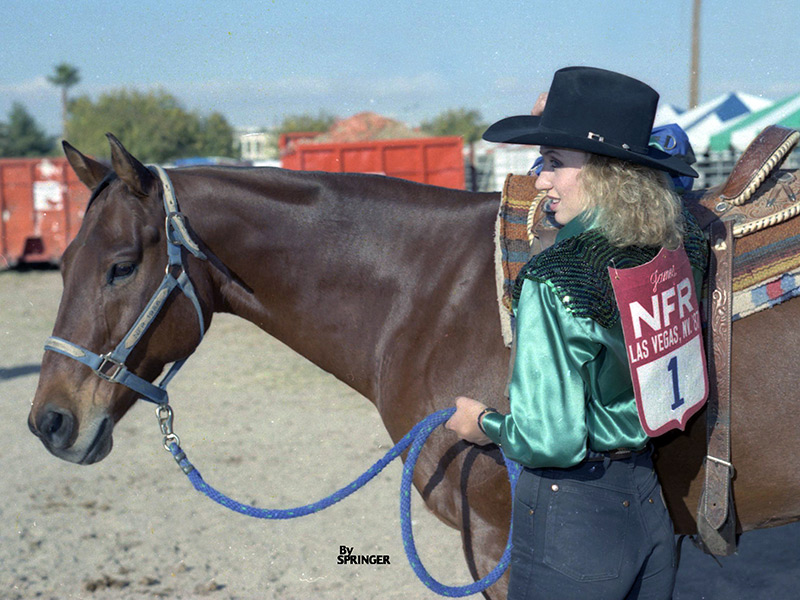 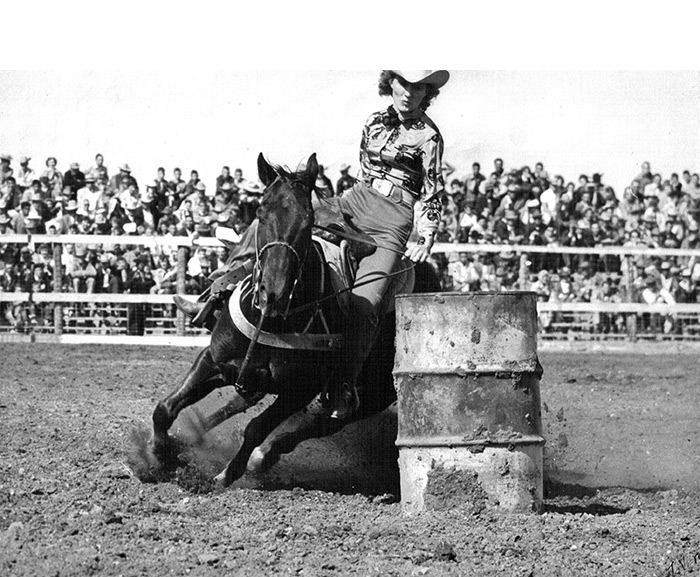 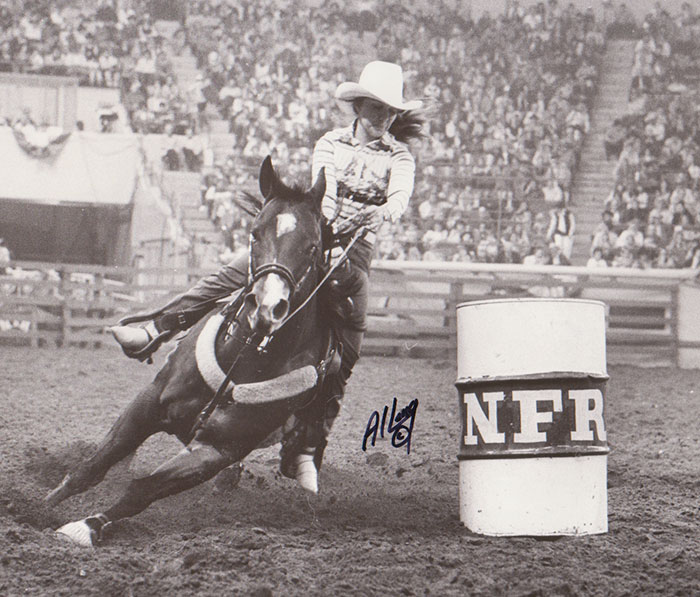 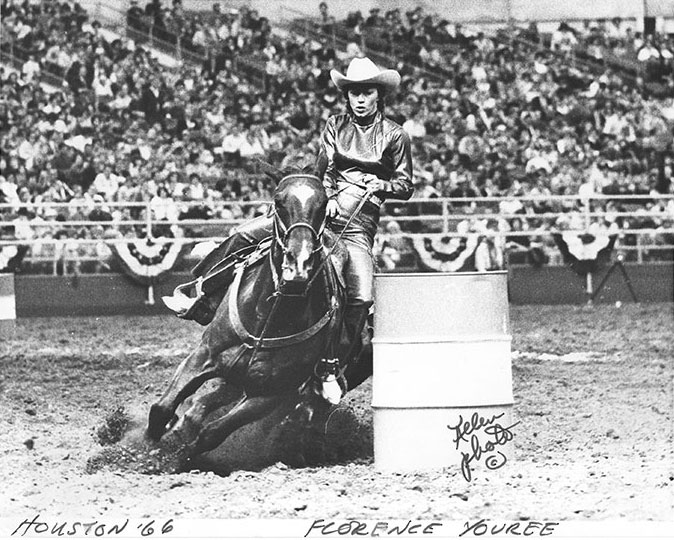