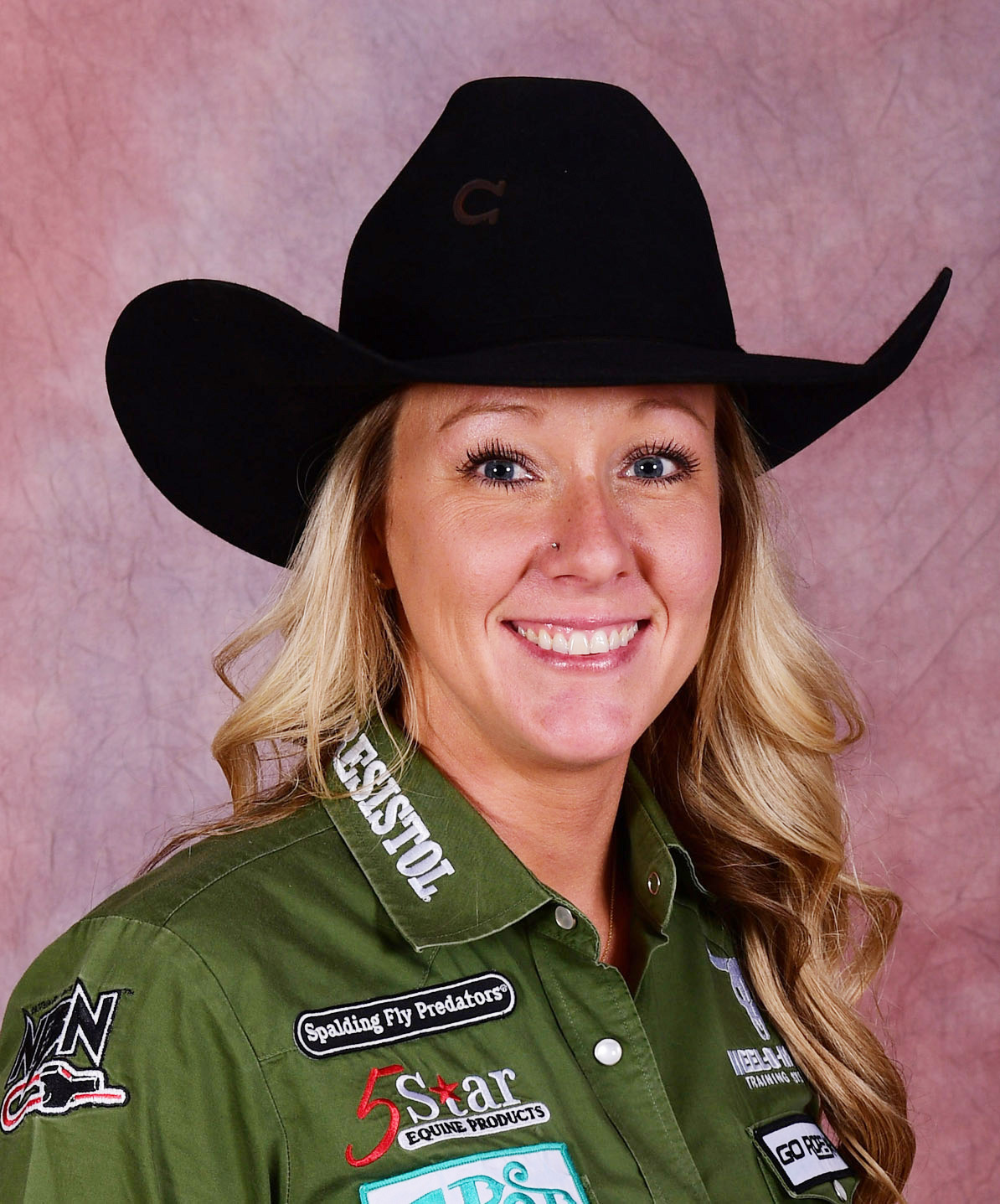 Career Earnings – through 2022 season all events

Single…Horse trainer and clinician with Lari Dee Guy putting on clinics all over the U.S. and the world including Sweden and Australia…In 2017 on Memorial Day weekend she was doing some tie-down roping and broke her ankle (a vertical break in her ankle joint) and she also broke the tibia and fibula bones. Had surgery on June 6 and couldn’t put any weight on it for two and a half months. She was then in a walking boot and back in the saddle competing. This all came after her roping partner Whitney DeSalvo broke her thumb in April of that year. Thompson had to have two plates and 14 screws to repair her broken pieces…Thompson rode her horse Zena, a 14-year old mare, in 2017 to win the team roping title…Grew up in the east Texas community of Atlanta and parents just had horses as pets. Took her to first playday when she was just 2 or 3 years old and she knew exactly what she wanted to be when she grew up…The youngest of a family of four kids was the first to pursue not only rodeo but roping. Jim Murdock helped her with the basics…Attended community college near home in Northeast, TX and then earned a rodeo scholarship for McNeese State University in Lake Charles, LA…While in college attended a Josey Ranch All-Around camp and knew that she wanted to be a rodeo clinician.