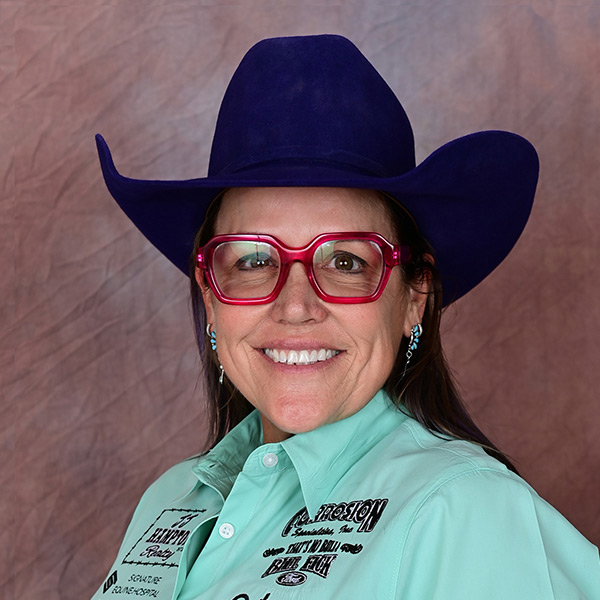 • 2020 – Finished the year ranked seventh in the world with $22,781 after winning $12,551 at the inaugural NFBR. Won the 10th round in a time of 2.2 seconds. Won the WPRA National Champion Breakaway Title at the WPRA World Finals (Waco, TX) with $87,973 in earnings. First year the world title wasn’t awarded through WPRA’s co-approved earnings. Won Henryetta (OK) ProRodeo Breakaway Roping title. Finished third at the Cowboy Capital of the World Rodeo (Stephenville, TX). Finished in a tie for third at the Belle Fourche (SD) Breakaway Roping

Husband, Ricky Prince, son, Kason…Works as a real estate agent (JJ Hampton Realty)…Grew up competing in junior rodeos in barrel racing, goat tying and breakaway roping. She dropped barrel racing by the time she was in 5th or 6th grade to concentrate on roping…Went to Howard Junior College but after one semester her grandfather got sick and she moved back closer to home and enrolled at Tarleton State. Was on the rodeo team there and was coached by Randy Majors…Had aspirations to go to law school but after her first attempt at taking the Law School Admissions Test (LSAT) was unsuccessful she turned her focus to roping in the WPRA – breakaway, team roping and tie-down roping…Nephew is Marty Yates, NFR qualifier in the tie-down roping…Produces the Johnny Wayne Hampton Memorial Roping in honor of her late father and proceeds from the roping rewards scholarships to Tarleton State University students…Growing up her rodeo idols were Roy and Bill Duvall and Betty Gayle Cooper…Parents Johnny and Barbara Hampton, grandparents Johnny and Helen Hampton, brother, Row Hampton (passed away in January 2019) and sister, Angie have all played important roles in her success…Believes in giving back especially to young children and her son, helped her get involved in Backpack Buddies and the duo has raised more than $23,000 through t-shirt sales, bake sales, etc…Birthname is Jackie.