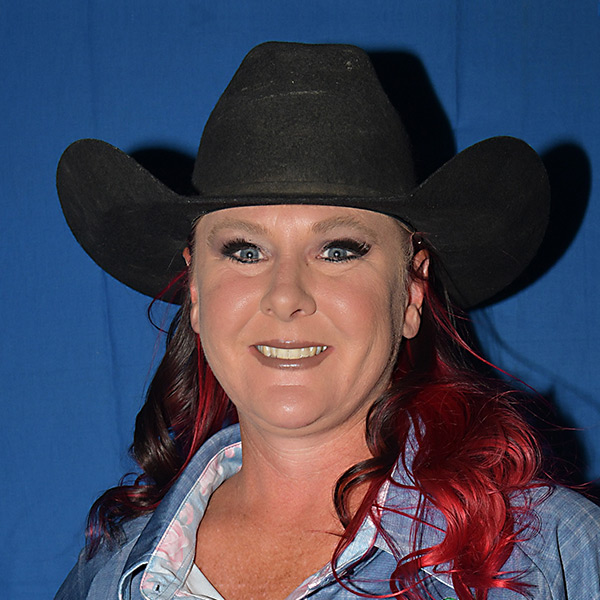 Husband, Glenn…Parents are Tom and Marna Foster, brother, Taylor Foster and older sister Shannon Foster…Was about 3 when her dad purchased her first pony named Image as a Christmas present…Born in Montana and grew up in North Dakota…Family had a feedlot and also had 3,000 hogs…Family is very competitive…Spent nearly entire childhood and well into her twenties competing in western pleasure events, reining and English classes. Her dad taught her if she wanted to show she had to make her own horse through hardwork. Was training her own horses at the age of 9. The hardwork paid off when she was 21 years old and won a world championship in western pleasure and English on a futurity horse. She also competed in barrels and poles but after her reining and showing mentor passed away from cancer she left that part of her life and turned focus to barrel racing…Owner and head trainer at F5 Barrel horses…Parents lived by Marlene McRae and she helped her get my start in barrel racing at a more elite level and helped me switch from her horse show world to the rodeo world…She worked at a propane company during the day and a cocktail waitress at a casino at night to pay her bills while trying to break into the rodeo world…Gus is all business and she bought him when he was 3-years old out of Utah off the racetrack…Played basketball and volleyball and got college scholarships, sister competed in rodeo in high school…Dyed her blonde hair red and didn’t go quite as planned but she ran with it and said she was running with her hair on fire and it worked well in Cheyenne so she has kept it and become a bit of a trademark.