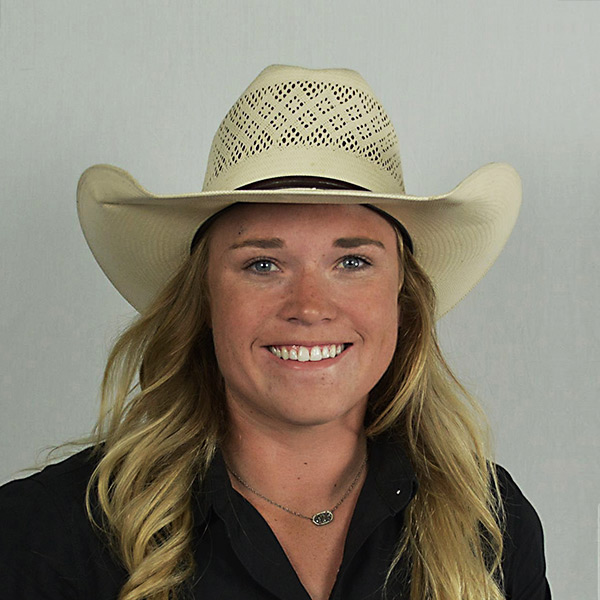 Career Earnings – through 2022 season in all events

• 2021 – Entered first NFBR ranked sixth and after winning $21,421 moved to 3rd in the world and finished the year with $57,896 in breakaway roping earnings. Finished second in the average with a total time of 25.1 seconds on 9 head. Won the fifth round in a time of 2.4 seconds. Finished the year ranked third in the WPRA tie-down roping standings with $2,358. Won the Chelan County Fair & Rodeo (Cashmere, WA) and the 101 Wild West Rodeo (Ponca City, OK). Co-champion at the Wall (SD) Celebration and at the C.M. Russell Stampede (Stanford, MT). Tied for third at the Cord McCoy’s Pro Rodeo (Duncan, OK). Won the year-end title in the Prairie Circuit for breakaway roping and Horse Monster won Horse of the Year in the Prairie Circuit

• 2019 – Finished second at RFDTVs The American, the first year they featured breakaway roping. Finished as the top rookie in the co-approved breakaway standings with $50,301; all-around No. 16 with $1,164; No. 12 in tie-down roping with $397; No. 12 in team roping heading $2,457. College National Finals Rodeo Breakaway Roping Champion with Shelby Boisjoli reserve champion

Single…Father, Rusty Munsell and stepmom Christy Murrow; Mother, Tammy Hunter and stepdad Justin McCoy; brother, Hunter Munsell married to Cheyenne Munsell; sister, Lindy Munsell…Grew up in Northwest Oklahoma in a family of ropers and ranchers, and has roped her whole life but always focused on team roping. Because of overuse at a young age, she had to have a major shoulder surgery. “I headed too much and I developed too much pec muscle,” Munsell explained about having thoracic outlet syndrome. “They had to remove my top rib, take out a bunch of torn up pec muscle and do rotator cuff surgery.” With her team roping limited, she turned to breakaway roping since it doesn’t have the side motion that a heading swing does. “I got to college and started breakaway roping and really my freshman year of college was when I started getting serious about it.”…Has been known to wear khaki Wranglers after being dared to wear them at the Kansas Pro Rodeo Finals where she won the year-end and then was convinced to wear them at the 2019 semifinals of The American and just finished second overall… served as an assistant coach at Northwestern Oklahoma State University while getting her master’s degree.